Under the existing provisions of section 80G of Income Tax Act 1961, 100% tax deduction is allowed on contribution made to certain funds and institutions formed for a social cause of national importance like National defence fund set up by the Central Government, National Foundation for communal harmony and prime minister national relief fund. 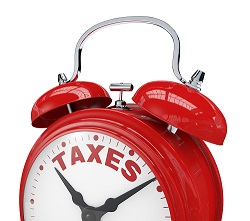 The Finance Minister, Shri Arun Jaitley while presenting the Budget for 2015-16 in Lok Sabha on 28th February 2014, has proposed that donations (other than CSR contributions under the Companies Act 2013) to the Swachh Bharat Kosh (by residents and non residents), Clean Ganga Fund (by residents) and national fund for control of drug abuse will be 100 % deductible under section 80G of the Income-tax Act.

Swachh Bharat Kosh has been set up by the Modi Government to mobilize resources for better sanitation facility in rural and urban areas and in school presmises through the Swachh Bharat Abhiyan.

Clean Ganga Fund has also been set up by the Modi Government to attract voluntary contribution to rejuvenate river Ganga.

However, any sum spent in pursuance of CSR under Section 135(5) of Companies Act, 2013, will not be eligible for tax deduction under section 80G of Income tax act 1961.

By emphasizing on improving the quality of life and public health in India through Swachh Bharat initiatives, finance minister has also increased clean energy cess from Rs. 100 to Rs. 200 per metric tonne of coal etc. to finance clean environment initiatives.