ADR is an acronym for American Depository Receipt. It’s actually an instrument which is issued by US depository bank and traded at stock exchanges in the US.

Each American Depository Receipt or ADR represents certain fixed number of shares of a foreign company whose shares are listed and traded outside US.

By investing into American Depository Receipts, US’s domestic investors avoid the legal complications of the foreign county’s stock exchange where shares of the invested company are listed.

Companies with ADR generates fund from US market. These companies are also required to meet the stringent rules and regulations of US. This route has been adopted by many non-US companies whose stock is listed on a foreign exchange and wants to cross-list it in American stock exchanges.

At the end, when companies declare dividends to investors, ADR holder gets their portion of dividend based on the number of shares they hold through ADR.

American Depository Receipts was introduced to avoid difficulties in buying shares in foreign countries, trading in those shares at different prices, currency fluctuation and expensive commission.

Depository banks issue such ADRs and controls the number of shares that each ADR represents. To do that, these banks are purchasing a bulk lot of shares from the foreign company and then reissue them in different fixed lots representing one ADR through US stock exchanges or OTC market. A domestic US investor who wants to invest in these foreign company’s shares can do that by putting their money into these ADRs. 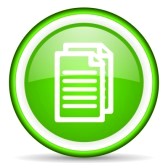 We have three different types of American Depository Receipts issued in US market;

Tata Motors, Wipro, Infosys, Dr Redddys, ICICI Bank and HDFC are some of the Indian companies who have issued ADR. You can track these by using Google finance search engine.

If you want to search for Infosys ADR then type “INFY” or “Infosys”. It will take you to the options available with these words from where you can select “Infosys ADR” to track it.