Company registered in India is required to appoint an individual or a audit firm as it’s first auditor after its incorporation. Accounts of the company’s are required to be audited by such first auditor.

At the year end, financial statements along with the auditor’s report are to be filled with register of companies (ROC) within 30 days after completion of annual general meeting. 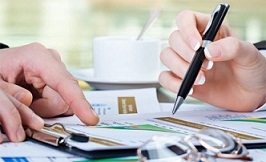 While appointing the first auditor, company’s resolution for appointment of first auditor should also contain the chartered accountant firm’s registration number. This has been decided by the council of ICAI at its 292nd meeting held on 13.01.2010.

In case board of directors failed to appoint the first auditor within 30 days of incorporation then the company needs to convey a extraordinary general meeting by issuing notice to all the members in writing. Such members within 90 days from the date of failure to appoint shall appoint the first auditor in extraordinary general meeting.

The first auditor as appointed by the company will hold office till the conclusion of the first annual general meeting.

While filing AOC-4, you are not required to mention the SRN of Form ADT-1 as its not filed with ROC. However, if you don’t mentioned a number then AOC-4 will not be accepted online. For this reason, you need to enter the SRN ‘Z99999999’ to process AOC-4.

Also Read: How to appoint next auditor of your company after completion of time limit of first auditor

Note: Above provisions are applicable only to companies which are not government company.