In our last articles, we have discussed who can be appointed as cost auditor for a company and what are the companies required to maintain cost records and get them audited as per companies act 2013.

In this article we will be discussing the procedure or process of cost auditor appointment and to whom cost auditor has to report as specified in Companies act 2013 and rules. 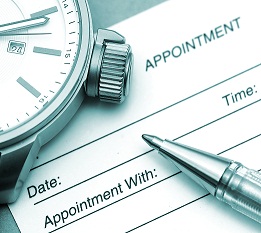 Who can be a Cost Auditor?

To know who can be appointed as a cost auditor, first we need to look into the companies act 2013 provisions and rules.

As per sub section (3) of section 148 of Companies Act 2013, cost audit shall be conducted by a Cost Accountant in practice who shall be appointed by the Board on such remuneration as may be determined by the members in such manner as may be prescribed. Provided that no person appointed under section 139 as an auditor of the company shall be appointed for conducting the audit of cost records.

As per Rule 14 of the Companies (Audit and Auditors) Rules, 2014, for the purpose of sub-section (3) of section 148, in the case of companies which are required to constitute an audit committee, the Board shall appoint an individual, who is a cost accountant in practice, or a firm of cost accountants in practice, as cost auditor on the recommendations of the Audit committee, which shall also recommend remuneration for such cost auditor.

The remuneration recommended by the Audit Committee shall be considered and approved by the Board of Directors and ratified subsequently by the shareholders.

The cost auditor proposed to be appointed is required to give a letter of consent to the Board of Directors. (Specimen copy attached below this article)

The company shall inform the cost auditor concerned of his or its appointment as such and file a notice of such appointment with the Central Government within a period of 30 days of the board meeting in which such appointment is made or within a period of 180 days of the commencement of the financial year, whichever is earlier, through electronic mode, in form CRA-2 along with the fee as specified in Companies (Registration Offices and Fees) Rules, 2014. This means company has to file form CRA2 not the cost auditor.

Any casual vacancy in the office of a cost auditor, whether due to resignation, death or removal, shall be filled by the Board of Directors within 30 days of occurrence of such vacancy and the company shall inform the Central Government in Form CRA-2 within 30 days of such appointment of cost auditor.

Also Read: Qualification and Disqualification of a Cost Auditor as per new Companies Act 2013 and Rules

To whom cost audit report is to be submitted

As per sub section (5) of section 148 of companies act 2013 read with sub-rule (4) of Rule 6 of the Companies (Cost Records and Audit) Rules 2014 as amended, a Cost Auditor is required to submit the Cost Audit Report along with his or its reservations or qualifications or observations or suggestions, if any, in form CRA-3 to Board of Directors of the company within a period of 180 days from the closure of the financial year to which the report relates. This means for financial year ending 31st march 2015, cost audit report has to be submitted within 180 days from 31st march 2015.

As per section 148 (6) of Companies Act 2013 read with sub-rule (6) of Rule 6 of the Companies (Cost Records and Audit) Rules 2014 as amended, every company to whom cost auditor submits his or its report shall, within a period of 30 days from the date of receipt of a copy of the cost audit report, furnish the Central Government with such report along with full information and explanation on every reservation or qualification contained therein, in form CRA-4 along with fees specified in the Companies (Registration Offices and Fees) Rules, 2014.

It is to be noted that the cost audit report is required to be filed in XBRL format.

The Board of Directors

I / We would also like to inform you that I am / the Partners of the firm are holding Certificate of Practice issued by the Institute of Cost Accountants of India and am / are in whole time practice. My / Our Permanent Account Number is AAMFS4683D and Registration No. of the Firm is __________.

I / We further certify that I am / we are an independent firm of Cost Accountants and am / are at arm’s length relationship with the company.

I / We also confirm that there are no orders or proceedings which are pending against me / our firm or any of our partners relating to professional matters of conduct before the Institute of Cost Accountants of India or any competent authority or any court.

Specimen Resolution of Board of Directors – For Appointment of Cost Auditors

The Chairman informed the Board that the audit Committee has recommended for appointment of M/s _________________, Cost Accountants, who have given their consent to act as Cost Auditors and laid on the table the consent letter received from them.

After discussions the Board decided to appoint the said Cost Auditors, and

Further Resolved, that the secretary or any one of the director of the company be and is hereby authorised to submit the necessary intimation in Form CRA-2 to the Central Government for appointment of Cost Auditors by the Company and to do all such other acts as may be necessary from time to time to make the Resolution effective.”

The Board noted that none of the directors of the Company are interested in their appointment.