To move towards greater transparency and consistency in the published accounts of a bank, RBI has introduced prudential norms for income recognition, asset classification and provisioning for the advance portfolio of the banks.

The main objective of these norms is to reflect bank’s actual financial health in its balance sheet.

As per the prudential norms introduced by Reserve Bank of India (RBI), Non Performing Assets or NPAs are classified as sub-standard, doubtful or loss depending up on the age of the impaired assets and provision is to be made accordingly. 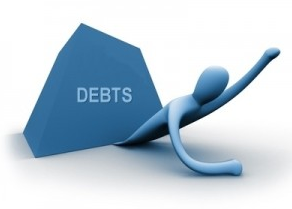 When loans or advances can become non-performing assets or NPA

An asset becomes non-performing when it ceases to generate income for the bank. As per RBI norms, a Non-Performing Asset or NPA is a loan or an advance where;

As discussed above, in case of Over Draft or Cash Credit, any amount due to the bank under any credit facility, if not paid by the due date fixed by the bank becomes overdue.

An account should be treated as ‘out of order’ if the outstanding balance remains continuously in excess of the sanction limit or drawing power. In cases where the outstanding balance in the principal operating account is less than the sanctioned limit or drawing power, but there are no credits continuously for 90 days or credits are not enough to cover the interest debited during the same period, these accounts should be treated as ‘out of order’

NPA or Non Performing Asset Classification in some special cases

As mentioned above, NPA classification will differ if the loan or advance is sanctioned for agriculture. If the loan is granted for short duration crops (crops which are not long duration crops) then it will be treated as NPA, if the instalment of principal or interest thereon remains overdue for 2 crops seasons.

However, a loan or advance granted for long duration crops (crops with crop season longer than one year) will be treated as NPA, if the instalment of principal or interest there on remains overdue for one crop seasons.

Advances against term deposits, NSCs eligible for surrender, IVPs, KVPs and life policies need not be treated as NPAs provided adequate margin is available in the accounts.

In respect of a borrower having more than one facility with a bank, all the facilities granted by the bank will have to be treated as NPA and not the particular facility or part thereof which has become irregular.

However, in respect of consortium advances or financing under multiple banking arrangements, each bank may classify the borrowal accounts according to its own record of recovery and other aspects having a bearing on the recoverability of the advances.

The treatment of an asset as NPA should be based on the record of recovery. An advance should not be treated as NPA merely due to existence of some deficiencies which are of temporary in nature such as non-availability of adequate drawing power, balance outstanding exceeding the limit, non-submission of stock statements and the non-renewal of the limits on the due date, etc. Where there is a threat of loss, or the recoverability of the advances is in doubt, the asset should be treated as NPA.

A credit facility should be treated as NPA as per norms explained above. However, where the accounts of the borrowers have been regularized by repayment of overdue amounts through genuine sources (not by sanction of additional facilities or transfer of funds between accounts), the accounts need not be treated as NPAs. In such cases, it should, however, be ensured that the accounts remain in order subsequently and a solitary credit entry made in an account on or before the balance sheet date which extinguishes the overdue amount of interest or instalment of principal is not reckoned as the sole criteria for treatment the account as a standard asset.

Impact of natural calamities on NPA

Where natural calamities impair the repaying capacity of agricultural borrowers, as a relief measure, banks may decide on their own to:

In such cases of conversion or re-schedulement, the term loan as well as fresh short-term loan may be treated as current dues and need not be classified as non-performing asset (NPA). The asset classification of these loans would, therefore, be governed by the revised terms and conditions and these would be treated as NPA under the extant norms applicable for classifying agricultural advances as NPAs.

NPA in case of housing loan to staff

In the case of housing loan or similar advances granted to staff members where interest is payable after recovery of principal, interest need not be considered as overdue from the first quarter onwards. Such loans/ advances should be classified as NPA only when there is a default in repayment of instalment of principal or payment of interest on the respective due dates.

The credit facilities backed by guarantee of the Central Government though overdue should not be treated as NPA.

This exemption from classification of government guaranteed advances as NPA is not for the purpose of recognition of income.

‘Project Loan’ would mean any term loan which has been extended for the purpose of setting up of an economic venture. Banks must fix a Date of Commencement of Commercial Operations (DCCO) for all project loans at the time of sanction of the loan / financial closure (in the case of multiple banking or consortium arrangements).

When Credit Card Accounts will be treated as NPA

Credit card account will be treated as nonperforming asset if the minimum amount due, as mentioned in the statement, is not paid fully within 90 days from the next statement date. The gap between two statements should not be more than a month. It is further suggested by RBI that banks should follow this uniform method of determining over-due status for credit card accounts while reporting to credit information companies and for the purpose of levying of penal charges, viz., late payment charges, etc., if any.

If arrears of interest and principal are paid by the borrower in the case of loan accounts classified as NPAs, the account should no longer be treated as non-performing and may be classified as ‘standard’ accounts.

Restructured accounts classified as standard advances will attract a higher provision (as prescribed from time to time) in the first two years from the date of restructuring.

The auditor should examine all the accounts upgraded during the year to verity that the upgrading of each account is strictly in terms of RBI guidelines.

Auditor has to verify that any upgrading of accounts classified as ‘Sub-Standard’ or ‘Doubtful’ category where in restructuring or rephasement of principal or interest has taken place should be upgraded to the ‘Standard Asset’ category only after a period of one year after the date when first payment of interest or of principal, whichever is earlier, falls due under the rescheduled terms, subject to satisfactory performance during the period. The total amount becoming due during this period of one year should be recovered and there should be no overdue to make it eligible for up-gradation.

If the amount which has become due during this one year period is on a lower side vis a vis total amount outstanding, the other aspects of the account, viz financial performance, availability of security, operations in account, etc., should be reviewed in detail and only if found satisfactory, the account should be upgraded.

Recovery in an advance which was rescheduled cannot give the advance a better classification than the previous one. NPA accounts can be upgraded to Performing Accounts, provided all overdue are adjusted or at least reduced to a period of less than 90 days.

Up-gradation within the NPA category is not permitted i.e. a Doubtful account cannot be made Sub-standard even if the overdue are reduced to less than 12 months