In 2009, Satyam Computer Services’s chairman Ramalinga Raju has confessed that the company’s book of accounts has been falsified and he had manipulated the accounts by Rs 14262 crore (USD 1.47 billion).

On December 2014, Hyderabad Court sentenced Satyam founder B Ramalinga Raju and his brother Rama Raju to 6 months in jail and imposed a fine of Rs 5 lakhs on each of them.

Now let us look into world’s 8 biggest corporate scandals ever and the person behind it.

In 1960, Bernie Madoff founded “Bernard L Madoff Investment Securities LLC” to buy and sell shares that were not listed on the New York Stock Exchange.

As per FBI, from at least the 1980s until his arrest on December 11, 2008, Bernie Madoff perpetrated a scheme to defraud the clients of Bernard L Madoff Investment Securities LLC by soliciting billions of dollars of funds under false pretences, failing to invest investors’ funds as promised, and misappropriating and converting investor’s funds to his own benefit and the benefit of others without the knowledge or authorization of the investors.

Bernie Madoff was sentenced to the maximum sentence of 150 years in prison for perpetrating Ponzi scheme that resulted in billions of dollars of losses.

On 19th March 2003 , the SEC filed a civil lawsuit claiming that HealthSouth and its chairman, Richard M. Scrushy, had committed “massive accounting fraud” by overstating company’s earnings up to USD 1.4 billion since 1999.

Fortune magazine once selected Enron as America’s most innovative company for six straight years from 1996 to 2001. In 2001, Huston based Energy Company Enron which once considered being a blue chip stock and share market darling collapses with bankruptcy.

CEO of Enron, Jeffrey Skilling and former CEO Ken Lay, used a method called mark-to-market to hide the financial losses of the trading business and other corporation of the company.

Enron was able to fool investors and others into thinking that the company is fundamentally very stable than it really was.

On 16th October 2001, Enron reported its third quarter loss of USD 618 million. This caught the attention of the security exchange commission. On 22nd October 2001, SEC begins an enquiry in Enron’s accounting practices. On 2nd December 2001, Enron files for bankruptcy.

Ken Lay died before serving term but Jeffrey skilling got 24 years in prison.

Due to Enron Accounting fraud, Chicago based audit firm Arthrur Andersen voluntarily relinquished its license to practice as Certified Public Accountants in the USA. Arthrur Andersen was one of the top five accounting firms before the scandal.

For examples, to avoid depreciation expenses, they assigned unsupported and inflated salvage values and extended their useful lives.

On 26th march 2002, the Securities and Exchange Commission filed suit in US District court in Chicago against the founder Dean L Buntrock and five other former top officers of Waste Management Inc. charging them with perpetrating a massive financial fraud lasting more than five years.

After Enron USA market rocked by WorldCom’s billion dollar accounting scandal in 2002. To hide losses, WorldCom recorded USD 3.8 billion worth of normal operating expenses as investments over a number of years.

This practice was uncovered by WorldCom’s internal auditing department. Due to this CFO was fired, controller resigned and the company filed for bankruptcy.

Due to Enron and WorldCom scandal, USA congress passes the Sarbanes-Oxley Act.

Tyco International Ltd is a security company incorporated in Switzerland. Its main USA headquarters is in Princeton, New Jersey. Before the scandal, Tyco was considered as a safe blue chip investment by many investors.

Mr Dennis Kozlowski and Mark Belnick sold 7.5 million shares of unauthorised Tyco stocks and smuggled that money out of the company by showing as executive bonus and benefits.

In early, 2002 their scandal unravelled and both were sentenced to 25 years in jail.

Federal Home Loan Mortgage Corporation or known as Freddie Mac is a public government sponsored enterprise headquartered in the USA. 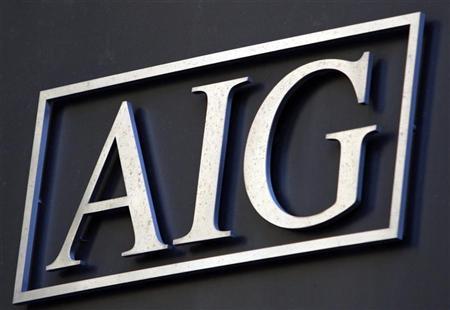 American Insurance Group which is also known as AIG, is one of the largest insurance and financial service companies provide life insurance and retirement services.

After investigation, CEO and the company paid penalty to SEC.

The information available through this Site is provided solely for informational purposes on an “as is” basis at user’s sole risk. The information is not meant to be, and should not be construed as advice or used for investment purposes. Yourfinancebook.com does not provide tax, investment or financial services and advice. We make no guarantees … END_OF_DOCUMENT_TOKEN_TO_BE_REPLACED