Most of the employees in India either buy apartments or build their own house with a home loan during their employment. Home loans have two components, interest and principal amount which are allowed as income tax deduction up to an extent as provided in the IT act. 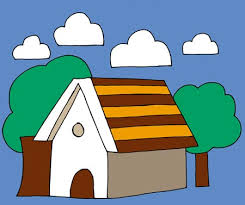 Now the question is, can an employee claim income tax benefits for both HRA and home loan. To claim HRA exemption you need to satisfy two conditions;

So to claim HRA exemption one need to pay rent for a house which is not owned by him. Interest on home loan, principal payments on home loan and HRA exemption are claimed through different sections of IT act. One can claim both exemption if he is eligible to do that as per IT act.

House in the same city

If you as an employee owned a house in a different city other tan the city of your employment then HRA exemption will be available as you do not have a house/apartment in the city of employment. In addition to the HRA benefits tax deductions for Interest on home loan and principal payment is also allowed. However rent received from such other house will be taxable in the hands of employee under the head income from house property.

So owning a house in the same city or in any other city has no relevance in claiming HRA exemption. The only exception to this rule is to claim HRA exemption, one should not have paid rent for his owned house.