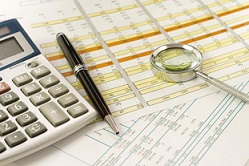 Most of us missed the deadlines of filling income tax return every year due their busy schedule or lack of time or for some other reasons. Tax due date for the financial year ending 31st march 2013 (FY 2012-2013) was 31st July 2013 which has been extended by CBDT till 5th of august 2013. In case you have missed both, then do not worry, you still have time to file your tax return or ITR. But filling of such return will be treated as belated return and not the original return that you could have filled before the due date.

You can file your ITR before 31st march 2014 without any penalty but how about if you have not paid your income tax dues yet. Please remember, if you have not paid your tax dues yet then you have to be ready with a penal interest of 1% (simple interest) for every month or part of the month starting from the due date of filling IT return till the date of filling. While deriving the tax liability to be paid at the end of financial year you need to make sure that you have taken out all the TDS or advance tax paid by you from your tax liability calculated. In case, if you have not remembered your advance tax paid then you can check such things by viewing form 26AS online.

Losses of current year cannot be carried forward to the subsequent year if you file a belated return (i.e. after the due date of filling your IT return). Only depreciation losses are allowed to be carried forwarded. If you have a loss during the financial year then you need to make sure that the IT return has been filled before the due date of income tax return filling.