Economist suggests GDP as a best measure to understand a country’s economy. In this article, we have tried to help you in understanding how gross domestic product or GDP is measured for a country.

How Gross Domestic Product or GDP is measured 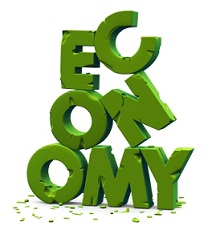 The other approach which is most commonly used is expenses approach. In expenses approach, total personal consumptions, gross investments, government spending and net exports (i.e. total exports – total imports) are added up to find out Gross Domestic Product or GDP of a country.

GDP growth rate is calculated in percentage by looking at the increase in Gross Domestic Product quarter on quarter or year on year. By doing this you can know whether the country’s economy is growing or slowing down.

GDP per capita is used to compare a country’s economic output as relates to its standard of living. It’s calculated by dividing country’s Gross Domestic Product by its number of residents.

This measure cannot be taken into consideration while comparing two country’s economy as we use denominator “number of residents” in it.

If the country has high GDP then its unemployment ratio will go down as growth in economy requires business to employ labour into industries. Wages compare to last year’s is also another yardstick to see whether Gross Domestic Product is increasing or decreasing. If the country or economy is in recession then the GDP growth will be in negative.