Goods and services tax or popularly known as GST, is a part of the proposed tax reform which central government is trying to implement in India. At present, we have multiple indirect taxes levied by both central and state government.

Goods and Service Tax will help us in reducing the average tax burden on companies and consumers by replacing all these indirect taxes that are levied on goods and services in Indian by both central and state government. 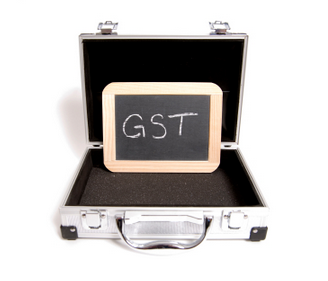 How Goods and Service Tax or GST will work in India

At present we have central excise, service tax and VAT, which are levied based on their respective provisions in the act. Goods and Service Tax or GST in India will replace these indirect taxes.

After imposing GST, both state and central government will charge tax on all most all goods and services produced in India or imported for the first two years. From the third year onward it will converge to a single rate.

If you are a producer and some one has charged you GST then you can take credit of that at the time when you pay GST on your goods and services produced.

Many people have misconception that Goods and Service Tax will change their income tax rate. Please, remember GST will have no impact on the present income tax provisions that we have in our country.

GST will eliminate the present complexity of indirect taxes like central excise, services tax, and VAT by simplifying the tax structure.

GST will also help companies in reducing their average tax burden by redistributing the burden equally between manufacturing and service sectors which will resulted in reducing production cost.

Present rate of various indirect taxes levied in India are close the 20%. Compare to this, the proposed GST will be charged at a much lower rate of 12% by which burden of tax on end consumer will be less.

In addition to lower rate, we also have certain necessary and basic commodities that will be exempted from GST.

GST or Goods and Service tax as an indirect tax is expected to be introduced in the parliament in 2014. More than 140 countries have already introduced GST including some Asian and European countries. We hope that GST will be introduced soon in India.