Form ADT1 is required to be filed for auditors appointed under section 139(1) of companies act 2013 read with rule 4(2) of the companies (audit and auditors) rules, 2014. This form is to be filed as a notice to registrar about appointment or reappointment of auditor. 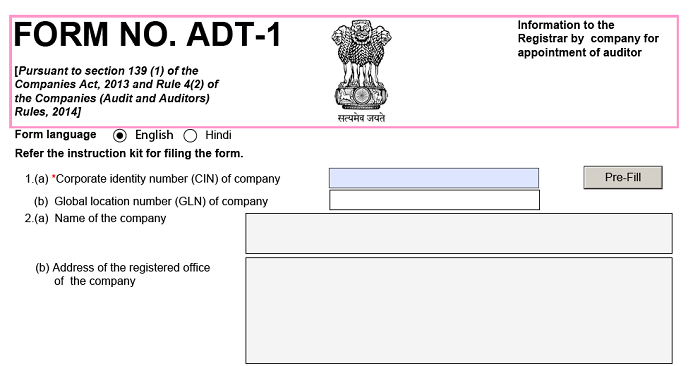 Before preparing yourself for filing of form ADT1, we suggest you to have scanned copies of following documents;

In addition to that you also require following information from your auditor;

Before filing form ADT1, you need to check the company’s status. If the company is in inactive status then form ADT1 cannot be filed.