Any person who has filled his income tax return online can rectify it within the rules and regulations of IT act, 1961. If there is any mistake in the income tax return which is apparent and the perosn or assessee has received an order under section 143 (1) of IT act 1961 then the changes to the mistake can be done online.

Rectification of your ITR means, correcting the mistake/error and refilling it for the assessment year seeking rectification. 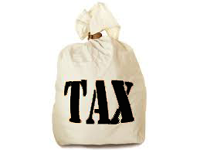 For rectification of your IT return online, you need to login to your income tax account with your ID as PAN number and the password that you have selected at the time of registration.

Steps for rectification of your income tax return online