Section 44AB required certain persons to get there accounts audited under IT act by a charted accountant in practice if the conditions as specified in section 44AB fulfills.

Followings persons are required to carry on Income Tax Audit as specified under Section 44AB;

A person carrying on business

Under section 44AB, income tax audit will be compulsory for a person carrying on business if the total sales, turnover or gross receipt in business for the previous year (financial year) relevant to the assessment year exceed or exceeds Rs 1 crore. 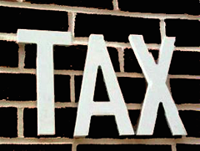 A person carrying of Profession

Certain specified forms are prescribed in rule 6G under IT act for income tax audit under section 44AB.

If a person is carrying business or profession and their books of accounts are required to be audited under any law (like audit under companies act) then following forms are to be used;

Any other persons whose books of accounts are not required to be audited under any other law (other than tax) should use following prescribed forms for IT audit under section 44AB;

Due date under section 44AB

If the accounts are required to undergo income tax audit under section 44AB then the due date of filling IT return is 30th September of the assessment year relevant to the previous year.

From assessment year 2013-2014 onwards efilling of your income tax audit report is mandatory (please refer notification no 34 dated 1st may 2013). The person has to efile the audit report along with the IT return by putting all the required details.

I have two businesses. where in the 1st business I am getting 40Lakhs per year and from the 2nd business 70 lakhs per year. Both are different types of businesses. Will I be eligible for income tax audit under section 44AB?

Yes, you will be eligible for Tax audit as both the businesses are in your name. Section 44AB of IT act specifies the turnover, gross receipt or sales per person not per business. So you have to do tax audit under section 44AB and also you need to ensure that the tax filling is done before the due date as mentioned above.

What are the items not to be considered for calculating turnover, gross receipt and sales for the purpose of income tax audit under section 44AB?

As per section 44AB of IT act following items are not be considered for the purpose of calculating turnover, sales and gross receipt;

What will happen if I will not be carrying Income tax audit under section 44AB?

If you are eligible for income tax audit under section 44AB then you must carry on such audit. Failure to that, you will be liable for penalty of ½ % of the turnover or sales or gross receipts subject to a maximum amount of Rs. 1, 50,000.

However if you can prove that failure of income tax audit is due to a reasonable cause then no such penalty under section 271B will be charged on you. Following reasons can be considered as a reasonable cause;

Can I revise my tax audit report which has already been filled under section 44AB?

No, you cannot do it in normal circumstances. But if there is a change in accounts due to non adoption in annual general meeting or due to retrospective amendment in law then such audit report can be revised and the auditor has to specify that it is a revised audit report. The reason of such revision should also be specified.

I approached a charted accountant and he said he cannot do my audit because of the ceiling limit on him. What is this ceiling limit under section 44AB?

Earlier limit of 45 per chartered accountant has been increased to 60 by ICAI. The said limit will be effective for the audits conducted during the financial year 2014-15 and onwards. Here is ICAI official announcement.

The information available through this Site is provided solely for informational purposes on an “as is” basis at user’s sole risk. The information is not meant to be, and should not be construed as advice or used for investment purposes. Yourfinancebook.com does not provide tax, investment or financial services and advice. We make no guarantees … END_OF_DOCUMENT_TOKEN_TO_BE_REPLACED