Depreciation is a positive decline in the real value of tangible assets due to consumption, wear and tear or obsolescence. It’s used all over the world to write off an asset used for business purpose over its life time and charge it to the profits of the business as it is used there. Two methods of depreciation are used;

You can use either of the method and charge depreciation as a percentage on the value of the asset. Such amount will be reduced from profit and charged against the asset to reduce it’s value. 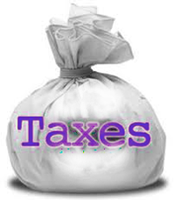 Income tax depreciation is based on the written down value method. Only in the case of an undertakings engaged in generation and/or distribution of power uses straight line method.

Section 32 of Income tax act deals with depreciation. Under this section following conditions are laid down;

Followings are the terms we need to understand before getting into depreciation calculation;

Section 2(11) of income tax act define block of asset as a group of assets falling within a class of assets comprising;

in respect of which same percentage of depreciation is prescribed.

In the depreciation chart as prescribed by Income tax department you find 3 types of rate (i.e. 5%, 10% and 100%) for building. According to this definition now building will have three blocks based on the percentage even though building is a single asset.

Written down value – how to calculated WDV

Now you have two situations;

In the first case where you acquire a new asset the WDV will be the acquired value of the asset. In the second case, the wdv value of asset will be equal to acquisition value of asset minus deprecation charged to the asset till previous year.

Here is how WDV is calculated

When you charge depreciation you need to apply the percentage that is prescribed in depreciation chart on the WDV value of the block of asset arrived at serial no. 5.

Here is how WDV for a slump sale is calculated

When you charge depreciation you need to apply the percentage that is prescribed in the chart on the WDV value of the block of asset arrived at serial no. 3.

So to calculate depreciation you need to find out two things;

When you multiply the wdv value of the block of asset with the rate of depreciation you arrive at the income tax depreciation amount to be charged to profit and loss account and to be deducted from the asset.

Exceptions to the above calculations of depreciation

Followings are exception to our above discussion of income tax depreciation calculation;

If the block of asset cease to exist but the WDV value is not zero then no depreciation will be charged on such assets.

If you bought a foreign made car (manufactured out of India) after 28th February 1975 but before 1st April 2001 then no depreciation will be allowed.

If you use the above imported car for business of running it on hire for tourist or for the purpose of business or profession outside India then normal depreciation as explained above can be claimed.

If you acquired the above imported car after 31st march 2001 then normal rate of depreciation will be allowed as a deduction.