As per the present tax laws, assessee is required to file return of income with IT department if his gross total income exceeds the amount of the basic exemption limit. It does not mean than those having income less that the gross total income cannot file their tax return.

If you want to claim refund for the excess TDS deductions then it can be done by filing a tax return with the IT department.

As per the present tax law, return of income cannot be filed with the tax department after two years from the end of the financial year for which return is prepared and filed.

Due to above time limit constraint i.e. 2 years from the end of the financial year, assess have faced problems and have not claimed their refunds from Income tax department. 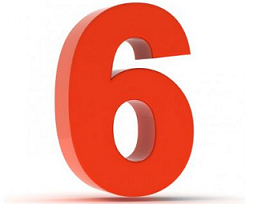 To relax this provision, CBDT by using its power has recently issued circular 09/2015 on 9th June 2015 prescribing procedure to condone the delay in claiming tax refund or carry forward of losses.

As per the circular,

The applications/claims for amount exceeding Rs.50 lakhs shall be considered by the Board.

No condonation application for claim of refund or loss shall be entertained beyond six years from the end of the assessment year for which such application or claim is made.

This limit of six years shall be applicable to all authorities having powers to condone the delay as per the above prescribed monetary limits, including the Board.

A condonation application should be disposed of within six months from the end of the month in which the application is received by the competent authority, as far as possible.

In a case where refund claim has arisen consequent to a Court order, the period for which any such proceedings were pending before any Court of Law shall be ignored while calculating the said period of six years, provided such condonation application is filed within six months from the end of the month in which the Court order was issued or the end of financial year whichever is later.

The powers of acceptance or rejection of the application within the monetary limits delegated to the Pr.CCsIT/CCsIT/Pr.CsIT/CsIT in case of such claims will be subject to Following conditions:

A belated application for supplementary claim of refund (claim of additional amount of refund after completion of assessment for the same year) can be admitted for condonation provided other conditions as referred above are fulfilled. The powers of acceptance/rejection within the monetary limits delegated to the Pr.CCsIT/CCsIT/Pr.CsJT/CsIT in case of returns claiming refund and supplementary claim of refund would be subject to the following further conditions:

In the case of an applicant who has made investment in 8% Savings (Taxable) Bonds, 2003 issued by Government of India opting for scheme of cumulative interest on maturity but has accounted interest earned on mercantile basis and the intermediary bank at the time of maturity has deducted tax at source on the entire amount of interest paid without apportioning the accrued interest/TDS, over various financial years involved, the time limit of six years for making such refund claims will not be applicable.

This circular will cover all such applications/claims for condonation of delay under section 119(2xb) which are pending as on the date of issue of the Circular.

The Board reserves the power to examine any grievance arising out of an order passed or not passed by the authorities mentioned in para 2 above and issue suitable directions to them for proper implementation of this Circular. However, no review of or appeal against the orders of such authorities would be entertained by the Board.