Employer also has a choice to join government’s scheme or can start his own PF scheme after getting approval from PF commissioner and from Commissioner of income tax.

EPF or Employee Provident Fund is one of the popular scheme managed by government of India which is created for the benefit of those who are into the payroll of a company i.e. in employment.

Every month certain specified sum based on the basic pay and dearness allowance of employee is deducted by the employer from employee’s salary as his contribution to get it invested in EPF account of employee.

Employer also contributes equal percentage of salary to the EPF account created in the name of employee.

Both contributions from employee and employer are invested and interest earned on these is credited to the Employee Provident Fund account every year.

At the time of retirement, termination or resignation from employment, the accumulated amount can be withdrawn by the employee if conditions related to the scheme are satisfied. 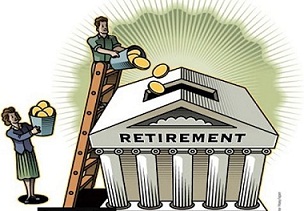 Employee has an option to contribute to PPF in addition to any of the above discussed PF schemes. A self employed person can have his account opened under PPF scheme in any branch of post office or in any bank like SBI, ICICI or HDFC and start contributing to it.

As decided the minimum contribution under this scheme is Rs. 500 and Maximum Rs. 1, 50, 000 per year. The payment made to PPF account and the interest obtained can be withdrawn after a period of 15 years. The applicant has an option of extending this scheme for another 5 years term at the end of 15 years period.

2 thoughts on “Types of Provident Funds in India – PPF, EPF, SPF and UPF”