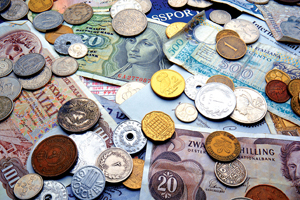 Remittance to India means sending money to a person at a distance in India by another person from outside India. This is mostly done by Non resident Indians employed outside the country who transfers money to his bank account or to friends or relatives in India.

As per income tax act, any income received in India is taxable in call cases irrespective of the tax payer’s residential status. Receipt in this case means the first receipt that is when the person gets money under his control. After receiving money, any remittance of it to India will not be treated as receipt of income.

A NRI after receiving income outside India can not be taxed as income because of remittance of such income to India. It is the first receipt which matters for taxation in India. If the first receipt is because of the income that is generated in India then such income will be taxable in India. Income that is generated and received outside India and remitted back to India will not be taxable in the hands of NRI.

For example, a non resident Indian (NRI) working in USA as an employee or in any other capacity can remit money to India for his future requirement. Such amount as remitted will not be treated as income in India if the income is generated and received in USA.

A working NRI who wants to transfer his hard earned money from foreign countries to India can do so without paying any tax. Such income as remitted to India will not be taxable if it is earned and received outside India and after receiving it has been remitted to India.  An individual who is working abroad has already paid tax in that country for the income that he has earned and received their. Such individual will not be taxed for the remittance if he/she is a non resident.

Remittance to relatives or non relatives

As per section 56(2) of income tax act, any sum received by an individual in excess of Rs. 50, 000 in a financial year without consideration will be taxable in the hands of the recipient under the head “income from other sources” as gift.

However if such amount is received by any relative of the sender then it will not be taxable.

Please remember this Rs. 50, 000 limit is not for a single transaction. It’s for the whole financial year. If money remitted in aggregate for a financial year is in excess of Rs. 50, 000 then this provision will be applicable.

Remittance of money to India will also not be considered for service tax as it does not comprise a service. This has also been clarified by Central board of excise and custom.

3 thoughts on “Remittance to India is not taxable”