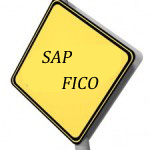 What is the use of “only balances in local currency” and account currency in sap gl master?

We use transaction code FS00 for gl master creation.

How many types of chart of account can be created in sap? What are the charts of accounts that can be assigned to a company code?

Sap allows us to create only three types of chart of accounts. Those are;

What is the difference between validation and substitution?

Where we use a shortened fiscal year?