Section 65B of the Act defines advertisement as follows;

any form of presentation for promotion of, or bringing awareness about, any event, idea, immovable property, person, service, goods or actionable claim through newspaper, television, radio or any other means but does not include any presentation made in person.

With effect from 1st of July 2012 government has introduced negative list by which, services falling under this list will not be subjected to service tax (ST). 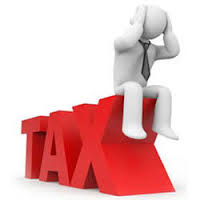 Clause (g) of the negative list specifically excluded certain advertisements out of service tax. As per this clause selling of space and time slots for advertisement other than advertisements broadcast by radio and television is not taxable in India.

As per the above provisions followings are charged to service tax (ST);

Followings are not charged to Service Tax;

Services provided by such agencies are different from the services that we discussed above. Making or preparation of advertisement materials, designing by an advertisement agent will be liable to ST.

Even advertisement commission received by an advertisement agent from any broadcasting of publishing company will cover under this act and will be liable for service tax.