Financial year 2014-2015 onward, company has to file form MGT7 as its annual return before the time limit as specified in Companies Act 2013. Before filing, form MGT7 is required to be digitally signed on behalf of the company by using authorised person’s digital signature certificate or DSC.

Today, we will be discussing provisions of Companies act 2013 to know who shall sign annual return of a company and when company’s annual return is required to be certified by a company secretary. 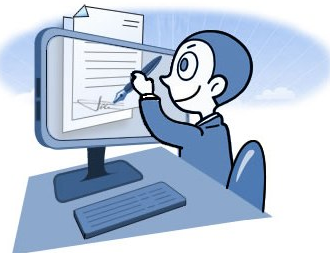 In case of listed companies or companies having paid up share capital of 10 crore rupees or more or turnover of 50 crore rupees or more, company’s annual return shall be certified by a company secretary in practice stating that the annual return discloses the facts correctly and adequately and that the company has complied with all the provisions of Companies Act 2013.

As per rule 11 of Companies (Management and Administration) rules, 2014, such certification by company secretary shall be in form MGT8.

Section 92(2) of Companies Act 2013 provides for certification of annual returns by listed companies and companies having prescribed paid up capital and turnover. However, MCA has issued Companies 2nd (Removal of Difficulties) Order, 2014 whereby the word “AND” used between paid up capital and turnover for certification of annual return has been replaced by the word “OR”.