As a guarantor, you promise the bank that you will pay your friend’s debt. Banks are generally asked for a guarantor when they are not convinced with the borrower’s asset.

In case, the borrower did not repay the loan amount then bank will first sell the asset that kept as a security with them to recover the money. After such set off, if any balance loan amount left out then it will be first recovered from the borrower and then from the guarantor’s asset.

If borrower has transferable job or has lack of repayment capacity then bank also ask for a guarantor. 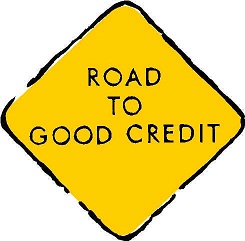 history of borrowers and guarantors are kept. If in case, borrower of the loan defaulted then credit history of guarantor will get affected for the defaulted amount of loan.

In such cases, you being a guarantor will not be eligible for a loan in future until this amount has been taken out from your head.

After becoming a guarantor your loan taking capability or eligibility for a loan amount will get reduced than what it would have been if you weren’t a guarantor.

When you apply for a loan, bank will look for your credit history and based on the amount that you have guaranteed, bank will reduce your eligibility to that extent.

Getting out from the role of guarantor is not that easy. You first have to convince the borrower for it and then borrower will get another guarantor to the satisfaction of bank.

After the second person accepted the liability, your liability as a guarantor will be frozen. In this case don’t forget to get a release letter from bank stating that you are no longer a guarantor on the loan.

Stay in touch with us

We at YFB provide educational content covering personal finance, Income tax, stock market, goods and services tax, career and start-up to our readers on a regular basis and connecting them with the changes. Our team consists of professionals who … END_OF_DOCUMENT_TOKEN_TO_BE_REPLACED

The information available through this Site is provided solely for informational purposes on an “as is” basis at user’s sole risk. The information is not meant to be, and should not be construed as advice or used for investment purposes. … END_OF_DOCUMENT_TOKEN_TO_BE_REPLACED