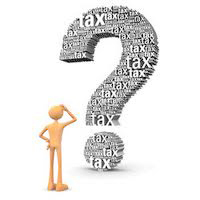 As discussed above, the ITR filled after the due date can not be revised so we suggest filling the correct IT return after a complete check. Even though the losses can not be carried forward to next year the benefit of claiming your adjustment within the year in some other head is allowed. One can take this benefit before filling his IT return.

While filling your income tax return, you should mention that the IT return filled is a belated one. You can find this option in your ITR Form.

In the case of a salaried person from whom the entire amount of tax has been deducted by the employer and deposited with the IT department may not be require paying penal interest as the entire tax liability has already been deducted. If the salary individual has some other source of income which has not been disclosed to the employer and tax has not been deducted and paid to IT department then in such cases they may be charged with the penal interest and other liabilities.

Refund in the case of late filling of your IT return will not get affected and it will be processed as if the IT return has been filled in time.

You should ensure that, you file your ITR before the due date of 31st July or within such extended time to avoid all these penal provisions of IT act. You also have to make sure that the income tax including the penal interest has been paid before filling your ITR. As per the recent changes to the IT act, if you have not paid your income tax and penal interest before filling your return then such ITR may be treated as a defective return.