Fiscal Year Variant in SAP is usually a period of twelve months for which a company regularly creates financial statements and checks inventories. It may correspond exactly to the calendar year, but this is not compulsory. Under certain circumstances a fiscal year variant in SAP can be less than twelve months (shortened fiscal yr).

In addition to the posting periods in SAP, you can also define special periods for yr-end closing. 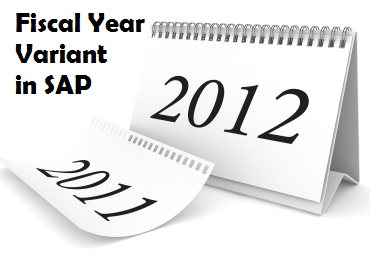 In General Ledger Accounting, a financial year can have a maximum of twelve posting periods and four special periods. You can define up to 366 posting periods in the Special Purpose Ledger.

You have the following options for defining fiscal year variants in SAP:

You define your fiscal year variants in Customizing for Financial Accounting as follows:

Path for assigning the Fiscal Year Variant to Company Code:

You can use the standard variant K4 in SAP where the financial accounting year corresponds to January to December in a year.

In case the financial accounting year is April to March, you can use the standard fiscal year variant V3 in SAP.

If you want to create a new variant then copy the existing variant and start your own variant with the character Z.

When you enter a posting, the system automatically determines the posting period.

In the general ledger, the system saves the transaction figures for all accounts for each posting period and each special period separately according to debits and credits.