Cost element in SAP classifies the organization’s valuated consumption of production factors within a Controlling Area. Main function of cost element in sap controlling module is to carry cost to different cost objects and then assign it to the product that is about to manufacture. Broadly if you classify cost elements in sap Controlling then it will be divided under two following heads; 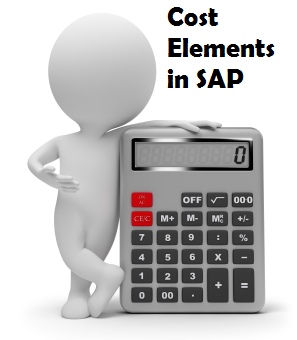 Primary Cost elements in SAP are create to assign expenses that are originated outside the Controlling module of SAP and includes accrual costs, which are used only for controlling purposes. Every Primary Cost element will have a corresponding General Ledger account in Financial Accounting to transfer expensest to controlling.

Examples are Material Overheads, Production Overheads and other overheads which are transfered by using secondary cost elements to their respective cost objects within controlling module.

We also define Cost Element groups in line with the Account Groups in FI to group similar expenses in one head based on business requirements. However, based on reporting requirements, any number of additional groups would also be created