Insider trading is a trade executed by a person who has access to unpublished price sensitive information of a company which can have an impact on the pricing of securities after getting published.

Having insider information will give an advantage to the insider to make profit before such information is available to public. If such person executes a trade by passing on this information to some other person then also it will be treated as insider trading.

Insider trading is very difficult to control, detect and prove in a court of law without proper evidence. Regulators of various countries are trying to control insider trading by formulating policies and rules to follow. 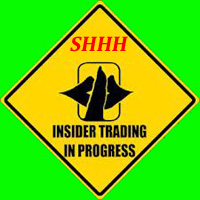 If company’s employee, directors or large shareholders have access to the non-public information and based on that they have traded securities then such act will be considered as insider trading.

Information related to insider trading can be passed on through different media like;

Mr. A is working as a director of a company X. At the board meeting he came to know that company X’s net profit will go up by 500% than last year.

What information can affect securities of a company?

Various information can affect the securities of a company. Some of them are;

An insider having access to certain information which as per his knowledge will push share price up after it’s getting public have a chance to trade in securities either in his name or in the name of his relatives to make profit.

By knowing this fact these peoples will buy shares before information are getting public. Once the information are public these insiders will square off their position based on the movement of share price and will make huge profit out of it.

Rule and Regulation for Insider trading

Securities and exchange board of India (SEBI) has regulations to handle insider trading. It’s called “Prohibition of Insider trading regulation 1992”. It has model code of conducts which all the listed companies and other intermediaries are to obey.

A penalty of 25 Crore or 3 times of the profit made out of such insider trading which ever is higher can be levied on such incidence.

Recently Mr Rajat gupta has been found guilty of insider trading in USA and received 2 years jail term and a fine of 5 million dollar.

He passed on certain confidential information (i.e. warren buffet will invest 5 billion dollar in goldman) to Mr. Raj Rajaratnam who was a hedge fund manager at that time.

Based on this information Mr. Raj Rajarathnam buys million of shares before the market close. After the announcement of Mr. Warren buffets deal share price jumps.

After a board meeting again Mr. Gupta informed Mr. Raj rajaratnam that Goldman’s profit will be below expectation. Based on this information Mr. Raj has sold all the shares to make profit. On the next day because of the news goldman’s share went down.

Insider trading is very difficult to detect and prove in a court of law. In India we do not have insider trading incidence in recent past. SEBI is trying its best to prevent such incidence to take place. In USA insider trading activities are monitored and managed by Securities and Exchange Commission.